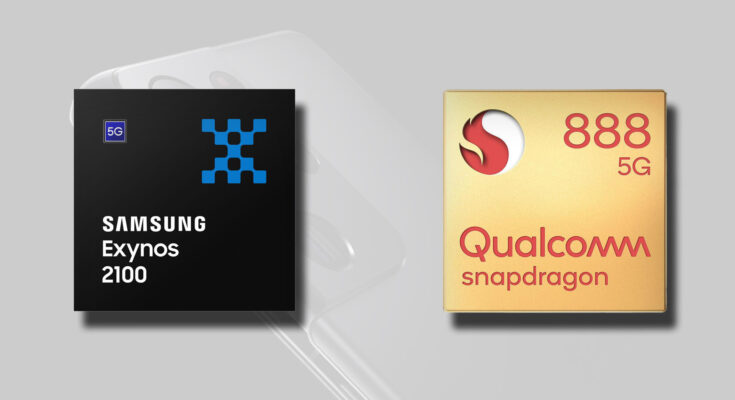 The Exynos 2100 was announced recently as a part of Samsung’s latest flagship smartphone. The Galaxy S21 will house an Exynos 2100 processor that Samsung sells in specific markets. In other locations such as the United States & China, Samsung Galaxy S21 will be powered by a Snapdragon 888. Which we have to say is an absolute beast when it comes to smartphone processors. For long now Samsung has been releasing two versions of all its flagship smartphones, one with a Qualcomm processor and the other with its very own Exynos chipset. Ever since Samsung started doing so, there have been countless speculations and compassion between Exynos vs Snapdragon. As most users won’t get to pick the option between the two as Samsung is selling one to just one region, we can only sit back and think which is the better processor for Samsung smartphones and can Exynos become the next big thing in the smartphone market.

That’s all these processors have to offer at their best. Now let’s compare both of them based on the different features they offer and find out who stands out on the top between Exynos vs Snapdragon.

Both the processor have the same CPU core and they have an almost identical arrangement. However based completely on specifications, we’d have to declare Exynos 2100 as a winner in this segment of the comparison. The Exynos 2100 is simply clocked higher than the Snapdragon 888.

Both the chipset host new GPU that bring incredible updates to their older versions. While they are almost identical to each other, the actual performance varies on the number of cores they have. The Exynos 2100 has 14 GPU cores, which is four more than the Exynos 1080 (older model than the Exynos 2100) but fewer than the Kirin 9000.

According to an AnTuTu benchmark result, the Kirin 9000’s 24-core GPU is just a tad behind the Adreno 660 GPU that is housed in the Snapdragon 888. As the Exynos 2100 has fewer cores, the difference between performance is meant to be notable. Although the difference is much better than the comparison between Exynos 1080 and any other flagship Snapdragon processor.

There’s not much to say about the AI Performance as both the chipsets offer the same kind of performance in terms of numbers. The Exynos 2100’s triple-core NPU show-offs up to 26 trillion operations per second (TOPS), the same specs are offered by Snapdragon 888.

The ISP (Image Signal Processing) in the Exynos 2100 definitely has some impressive features. It supports 200 MP cameras, supports 4K video recording at 120FPS, and 8K video playback at 60 FPS. This means you can record your videos and experience lifelike video quality. This smartphone processor is also the first one in the industry to support the AV1 decoder for 8K video. Sounds impressive right?

The Snapdragon 888’s Spectra 500 is definitely not lagging behind in this segment. It also supports 200 MP cameras, not only that it also supports 8K Video capture at 30 FPS, and 4K HDR with computational HDR.

The rise of better chipsets have led to better connectivity, be it WiFi, Mobile Internet, or Bluetooth. As for the Exynos 2100 vs Snapdragon 888, it seems like both the manufacturers chose an integrated 5G modem for their flagship processors. As for the WiFi technology, Snapdragon 888 supports both WiFI 6 and WiFi 6A whereas Samsung hasn’t stated what kind of WiFi Service their chipset will support. Just for that, Snapdragon 888 wins this segment.

It won’t be a lie to say that Samsung has come a long way with its line of processors. All those who love Samsung and their thirst for growth should be impressed with what they’ve accomplished with the Exynos 2100. It definitely has a more powerful CPU than Snapdragon 888 and the ISP brings some significant improvement to the table.

As for the winner, we would say Snapdragon wins but with a close margin. In the real-life uses of Exynos 2100, it contains some flaws Samsung is sure to nail in their next smartphone processor. 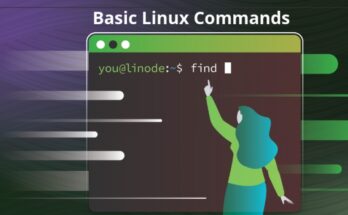 7 Linux Commands You Should Know For Smooth Working Operations

View all posts by admin →